Princeton University researchers worked with the Mpala Research Center in Kenya to find a link between conditions such as obesity, diabetes and heart problems and people's diet. The results were recently published in the journal Science Advances.

In the study, they hypothesize that there is a "mismatch" between Western diet and the evolution of human physiology, leading to diseases such as cardiovascular disease. This means that the human body evolved to digest the food of our ancestors and struggled to metabolize new types of food.

Amanda Lea from the Lewis Sigler Institute for Integrative Genomics (LSI) in Princeton explained that humans evolved in a different environment than they do today. It's not that one diet is better than another, but that many have a mismatch between their current diet and their evolutionary history.

The researchers focused on the Kenyan county of Turkana, whose diet was switched from animal-based to heavy carbohydrates. They found that when a new diet consisting of carbohydrates was introduced, obesity, diabetes, and heart disease increased in their people.

Previous studies on the mismatch hypothesis have compared Western people to hunters and gatherers. However, there are many other complex factors such as genetics and lifestyle differences.

(Photo: Researchers gathered at the Mpala Research Center in 2019)

The people of Turkana were traditionally nomad pastoralists. In 1979 and the 1980s, severe droughts and the discovery of oil dramatically changed the region. Many gave up their nomadic ways and adapted to social changes.

Traditionally, people relied on their cattle for food and milk such as cattle, sheep, goats, and camels. Eventually, those who settled in cities began to eat more carbohydrates and processed foods – a global urbanization-related trend that has reached even the most remote communities.

Proof of the mismatched hypothesis

LSI's Julien Ayroles said working with Mpala allowed them to study the transition from a traditional lifestyle, which contains around 80% animal by-products, to a high-carb diet. Their study showed "genetically homogeneous populations whose diets span a lifestyle gradient ranging from relatively" in tune "to extremely" inconsistent "with their recent evolutionary history."

Over 1,000 adults from Turkana at 44 locations were interviewed by Lea, Ayroles and a team from Mpala. Dino Martins of the Kenyan team said this is the first genomics study they have done in Turkana that was only possible because of their long-term relationship of 25 years. 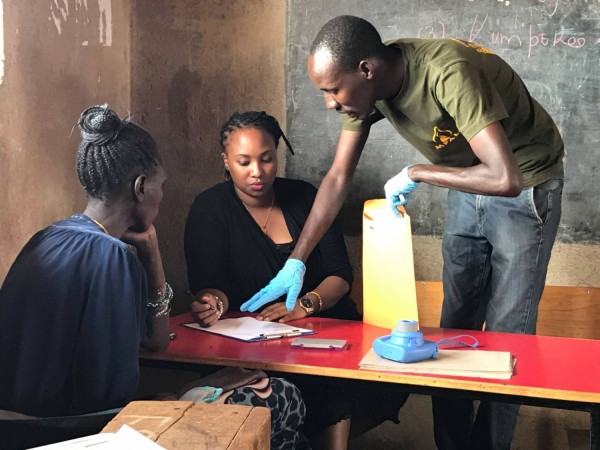 (Photo: Mpala researchers Simon Lowasa and Michelle Ndegwa interviewed a Turkana study participant at a school in Laikipia, Kenya in 2019.)

“What happened in many parts of the world that have had some of this research done, and it went wrong, is when researchers parachute into and out of communities. That doesn't make people trust you – it only makes one Lots of fear and problems, "explained Martins.

Ayroles said they expected their results to show how switching to a carbohydrate-based diet was making people sick. Those who have spent more time in cities where they do not fit the evolutionary environment have a negative impact on health.

He explained that the experiment is not about preferring a protein-based diet. For example, if people with different ancestry switch to a Turkana diet, they are most likely to get sick quickly. "The key to metabolic health may be adjusting our diet and activity to match those of our ancestors, but we have yet to determine which components are most important."

Check out the Science Times for more news and information on diets.

© 2017 ScienceTimes.com All rights reserved. Do not reproduce without permission. The window to the world of science.