Tony DiMaggio was working on a soccer camp at Tottenville High School in the summer of 2000 when a camper in his group approached him shortly before the exercises began.

“This girl who was in 8th grade comes up to me. I didn't know her then, ”explains DiMaggio. "She says," I heard you're the trainer at McKee / Staten Island Tech.

"And she continues," I'll be playing for you from next year. "

That young woman was Chelsea Tait, who died of leukemia in 2006 at the age of 19, a few months after graduating from high school.

Of course, DiMaggio couldn't help but keep an eye on the booter and finally talk to himself.

"I remember thinking, 'I hope she plays for us – I hope she goes to school," laughed the longtime mentor. "I watched her in the camp that day. She was great and me knew she would help us. "

Tait, a resident of the Pleasant Plains, did more than help the seagulls. She was a core member of a group that made MSIT an eternal powerhouse, including Kristin Zinn, Dana Conroy, Tiffany Orlowski, Gina Crifasi, Valarie D & # 39; Ambrosi, Amanda Montalvo, and the Pepe sisters Kara and Genna, to name a few name a few.

DiMaggio said Tait played as a defender for the Travel Ball but with the Seagulls she not only became one of the best strikers on the island, but also one of the best in town.

The Speedster recorded 75 goals and 28 regular season assists over their four-year career (2002-05) with the Gulls, including career highs of 24 goals as a junior and 10 aides in their sophomore year. Additionally, she added 10 more goals and nine more assists during the playoffs.

Tait, who produced often despite constant draws for doubles and sometimes triples, is one of only 12 girls named Advance All-Star Girls' soccer player in all four seasons. In addition, # 22 helped guide the seagulls to consecutive PSAL city championship games during their first and second seasons.

"She had a lot of speed, she was always in control and always played with confidence," said DiMaggio. "She was able to perform in spite of always marked performances and read the game so well … it's like she knows what the defense was trying to do.

"Was she god-given – yes," added the former coach, who retired 11 years ago. “But she also had a real love for the game. She loved playing soccer and her will to succeed has made her an outstanding player. " Chelsea Tait has scored a total of 75 regular season goals over her four-year career at McKee / Staten Island Tech, including a career high of 24 as a junior. (Staten Island Advance)

DiMaggio said despite the immense success, Tait never had an ego.

“She was a competitor but by and large played a team game. She was down to earth and extremely trainable, ”said DiMaggio. "She always had a smile and her teammates always looked up at her."

In the final part of Tait's busy Spring 2005 season, something suddenly seemed wrong with her game and DiMaggio said it was obvious.

"She wasn't herself. Suddenly she just seemed to be one step back. She wasn't playing balls that she would normally kick," said the coach. "I temporarily pulled her out during a playoff game to ask if something was wrong and she said she didn't know.

"She went back in, but unfortunately we lost and that was her last high school game."

Just two days after her last game, Tait, who also ran for the MSIT track team, was diagnosed with acute myeloid leukemia. 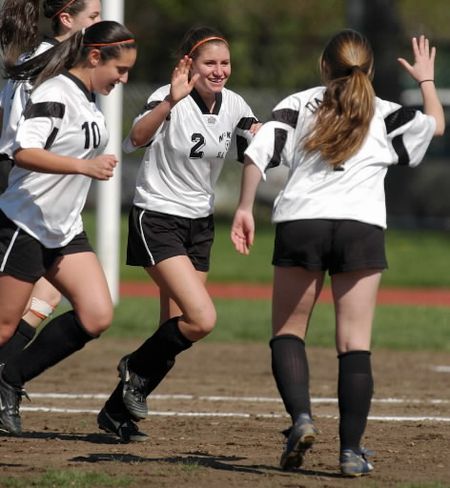 DiMaggio said informing the team was one of the toughest things he had to do as a coach. Tait, meanwhile, spent a three-month stint at New York University School of Medicine and died, despite a courageous battle against the disease, on April 10, 2006 – just under 10 months after her last game.

"Still hard to believe all the time later," said DiMaggio, who believes Tait played at the college level – and excelled. “If you train as long as I have, you will meet some great people like Rolando Chirinos (DiMaggio's longtime assistant who died of COVID-19 last April) and Chelsea – both fall into that category (great people). & # 39; & # 39;

Angels on their shoulders

Two years after Tait played her last game and a little over a year after she passed away, DiMaggio and the Seagulls appeared in the PSAL city championship game for the fourth time in six years. Unfortunately, the gulls were empty on their first three attempts, including two with the always dangerous Tait in the lineup. 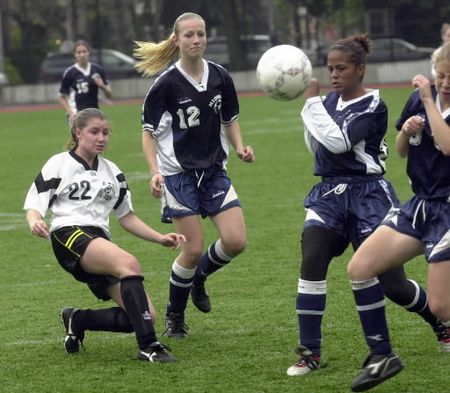 The fourth time, however, proved to be the appeal for MSIT, beating Bayside 2-0 at St. John's University in Queens and winning the program's first title in 2007.

DiMaggio, who would win a second title in 2009 before retiring, was leaving the SJU complex after a long party following the 2007 title when a gentleman came up to him with something.

"He walks up to me and says, 'You left this,' and gives me a bracelet or something," DiMaggio said. "I don't know who it belonged to, but it had number 22 on it.

"I thought Chelsea were with us that day and helped us win our first championship."

DiMaggio, Tait's parents, Jim and Donna, and brother Drew were instrumental in developing and running the Grace the Field Soccer tournament for several seasons. All proceeds came from & # 39; Chelsea & # 39; s Gifts & # 39; Benefit – a foundation created by the Taits to fund cancer research at NYU's School of Medicine. 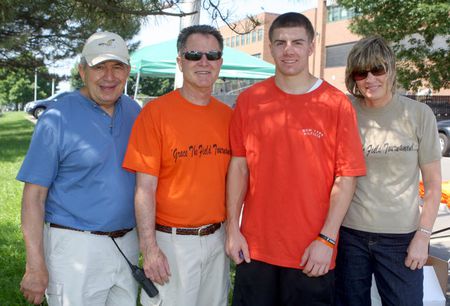 "I still pray for her every night when I say my prayers," DiMaggio said. “I pray for my family, but also for them.

"I have great memories of things she said and did and I will always remember her."

See more photos of Chelsea Tait throughout her career at MSIT below. 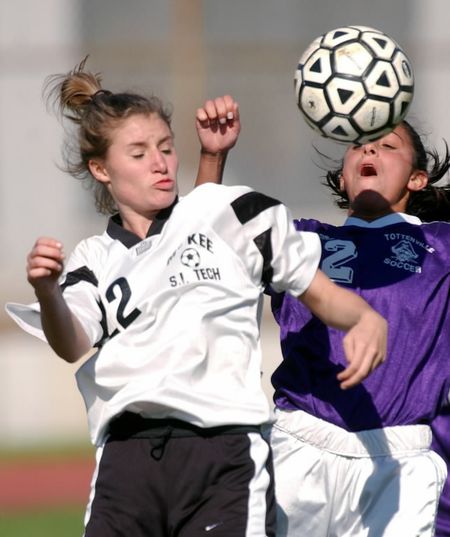 Chelsea Tait (left) from McKee / Staten Island Tech was the first to score on the island in the 2004 season (24). (Staten Island Advance) 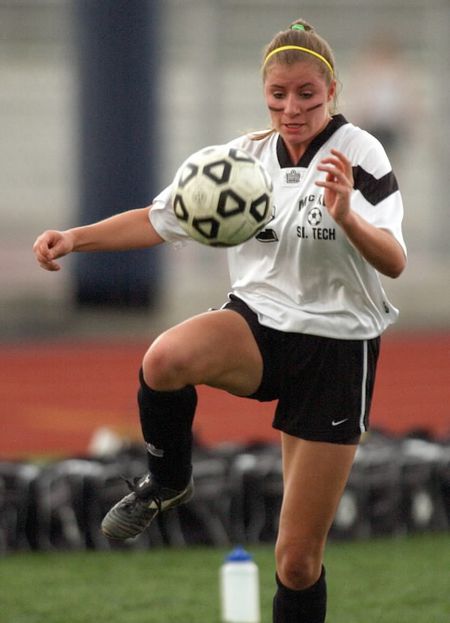 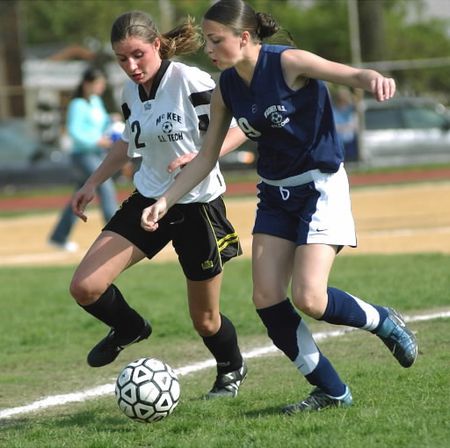 Despite a consistently successful diet, McKee / Staten Island Tech girls' soccer coach Tony DiMaggio (not pictured) said Chelsea Tait, left, had no ego and was an extremely trainable player over the course of her four seasons with the Seagulls. (Staten Island Advance / Jan Somma-Mutton) 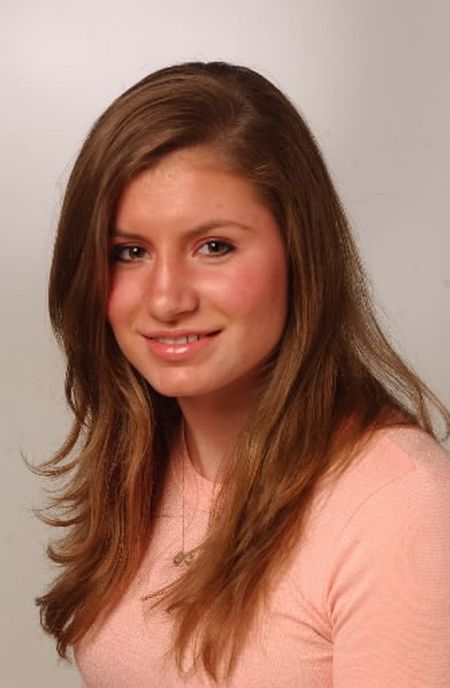 When she earned Advance All-Star status after her sophomore season in 2003, McKee / Staten Island Tech's Chelsea Tait visited the Advance's studio to get a headshot for All-Star History and All-Star Program. (Staten Island Advance) 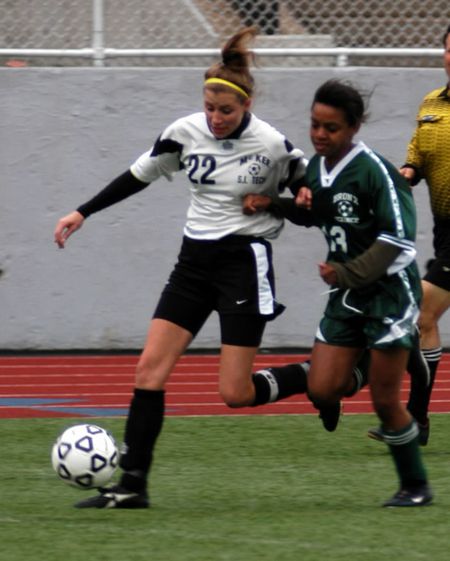 McKee / Staten Island Tech's Chelsea Tait (left) is one of only 12 players to be recognized four times as a four-time Advance All Star in football after reaching rarity between 2002 and 2005 seasons. (Staten Island Advance)